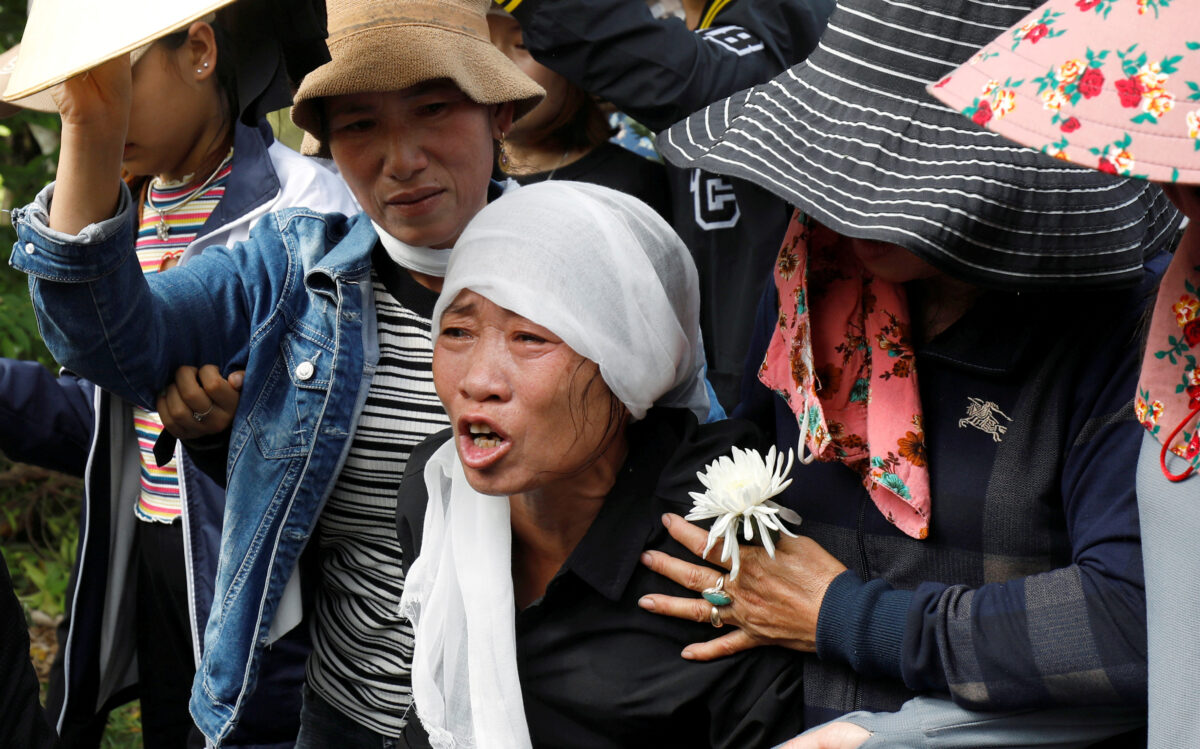 HANOI—A court in Vietnam on Monday sentenced four Vietnamese people to between 2-1/2 and 7-1/2 years in prison for their role in the deaths of 39 migrants whose bodies were discovered in the back of a truck near London in October last year.

The deaths shocked Britain and Vietnam and shone a spotlight on the illicit global trade that sends the poor of Asia, Africa, and the Middle East on perilous journeys to the West.

The defendants, aged between 24 and 36, were found guilty of “organizing and brokering illegal emigration”, after a one-day trial in the central province of Ha Tinh, Pham Van Thin, the father of one of the victims, told Reuters.

The victims, who included two 15-year-old boys, were mostly from Ha Tinh and its neighboring Nghe An province, where poor job prospects, encouragement by authorities, smuggling gangs, and environmental issues have fueled migration.

They were discovered last October in a container at the back of a truck on an industrial estate in Grays in Essex, about 20 miles (30 km) east of London.

A police statement said earlier on Monday the defendants arranged for Pham Thi Tra My, whose desperate text messages sent from inside the container first alerted the world to the victims plight, to travel illegally to France and then to Britain for $22,000.

My, 26, was found dead with the 38 other victims in the container.

“I honestly dont want the defendants to face long prison sentences as I know that it was just an accident,” said Thin, Tra MyRead More – Source