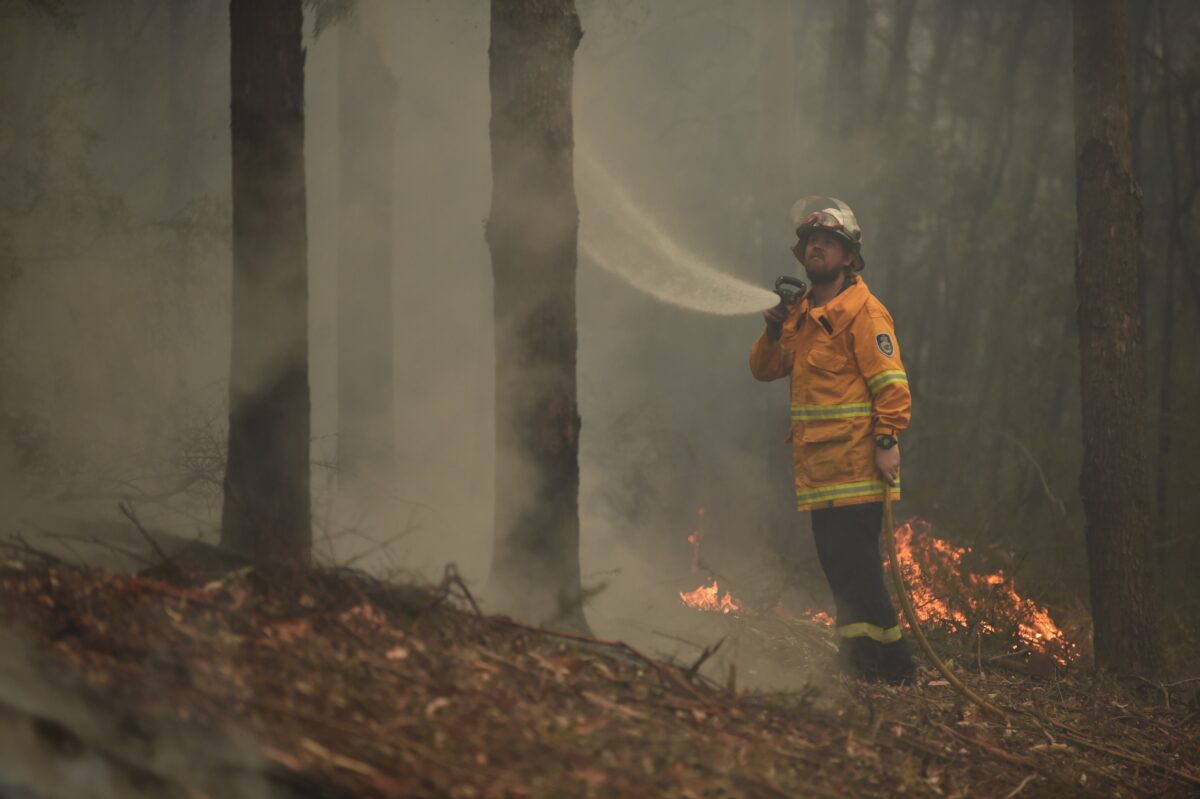 Australias national weather, climate, and water agency, the Bureau of Meteorology (BOM), has said cumulative rainfall for the rest of the week could be more than 25 millimeters for large areas of the east coast where most of the firegrounds have been concentrated.

Although not enough to be drought-breaking, the rainfall could bring temporary reprieve for some of the firefighters who are working hard to keep the fires contained.

Thunderstorms and showers forecast for the states of Queensland, New South Wales, Victoria, and Tasmania from Thursday onwards are predicted to produce welcome downpours, most likely concentrated around elevated regions and patchy in other areas depending on where the storms form.

Rainfall is not forecast for South Australia where many fires are still burning.

The New South Wales Rural Fire Service (RSF) commented on Facebook: “If this rainfall forecast comes to fruition then this will be all of our, birthday, engagement, anniversary, wedding, and graduation presents rolled into one. Fingers crossed.”

BOM meteorologist Gabrielle Woodhouse told the Daily Mail she is looking forward to the rain, hoping that it will help ease fire conditions in the region. But she warned that there are also risks posed by heavy falls so soon after the fires.

“We are looking at a couple of days in a row of some showers and thunderstorms, some of which may produce significant accumulation over those couple of days,” Woodhouse said.

“It will be quite welcome but there are some extra dangers and risks associated with it as the landscape is quite vulnerable with the fire damage. Weve lost a lot of vegetations and there is the risk of landslips,” she said.

NSW RFS spokesperson Anthony Bradstreet has told The Guardian Australia that the rainfall is not likely to be heavy enough to put out all fires across the state.

“With the period of drought weve experienced, wed need to get extended periods of consistent rainfall in order to get the moisture content up enough for it to put out fires … which is unlikely,” he said.

Even with showers forecast for today along the northern and central parts of the coast, we still have widespread areas of High and Very High fire danger. Know your risk and what you will do if fire threatens. #NSWRFS pic.twitter.com/YhRead More – Source

Iran Announces Arrests Over Downing of Plane That Killed 176