The world champion streaked down the famous Lauberhorn run, the oldest and fastest track over a thigh-burning distance of 4.27 kilometers, to edge out multiple Olympic medalist Aksel Lund Svindal of Norway.Follow @cnnsportThe 30-year-old Feuz was first to ski and clocked two minutes 26.5 seconds on the classic course overlooked by Alpine giants the Eiger, the Monch and the Jungfrau.Svindal, 35, went down third and finished 0.18 seconds back after a cavalier run that had him brushing the safety netting on the exit from the Bruggli S section. Olympic downhill champion Matthias Mayer of Austria was third in 2:27.16.The victory was Feuz's sixth World Cup downhill win and ninth in all disciplines.He won the downhill in Wengen in 2012 and was second in 2015.READ: Stunning images from a color blind ski photographer 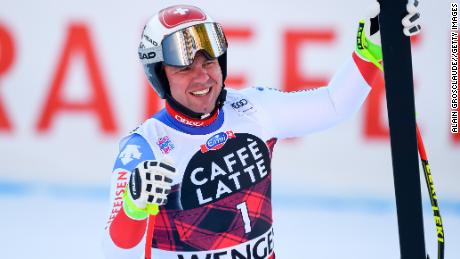 Former world champion Svindal, one of the most successful speed racers of his generation, has won two downhills this season after missing much of last year recuperating from knee surgery.He said he lost the race in the final few finishing turns but admitted he was lucky after his near miss higher up the course."The Bruggli S is part of what makes Wengen very special," he told reporters. "I know how downhills used to be when they first raced this race back in the 1930s or something like that, and at that time you would carry speed in that was not 108 kph like today, so it's one of those old-school turns that is almost impossible to do with the skis you have now."I actually hit the net on the inside on the way out. I felt it but then you forget it right away because you're focusing ahead, but when I came down I saw my helmet and it's all blue on one side and my whole shoulder is blue from burnt rubber from the safety net. Lucky I was wearing a helmet." 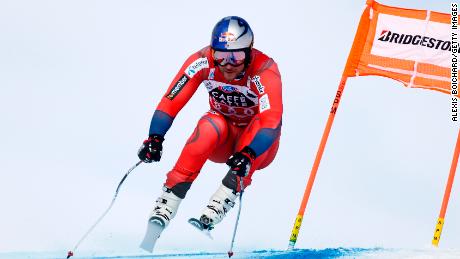 The men's speed racers next to head to Kitzbuhel for the season's World Cup downhill highlight on the famed Hahnenkamm mountain. While Kitzbuhel's Streif piste is renowned for being a steep, icy, bumpy track, it only takes about 1:55 seconds to complete compared to well over two leg-jellying minutes on the Wengen course. Svindal won in Wengen in 2016 and clinched the super-G in Kitzbuhel the following week before a bad crash in the downhill ended his season. Feuz's best finish in the Kitzbuhel downhill was second in 2015.The pair will be among the favorites for Olympic downhill gold at the Winter Games in South Korea next month. READ: Why Christmas was canceled for Mikaela Shiffrin

In the men's slalom Sunday, Austria's Marcel Hirscher continued his domination of the sport with a fifth straight win and first ever at Wengen.The 28-year-old, who has won a record six consecutive World Cup overall titles, took his tally to 53 wins with a 0.93 secs advantage over Henrik Kristoffersen of Norway with Andre Myhrer of Sweden 1.72 secs back in third."It's something big for me. This was the last classic race on the calendar that I haven't won until today," slalom world champion Hirscher told reporters.Hirscher, who has a solitary Olympic silver from the slalom in Sochi in 2014, is third on the men's all-time list of World Cup winners and can match compatriot Hermann Maier next week in Kitzbuhel.Sweden's Ingemar Stenmark holds the record with 86 wins in the 1970s and 1980s.Kirstofferson, who was third behind Hirscher in Sochi, has been a runner-up seven times this season without a win.Of Hirscher he said: "He is just better, that's the way it is."I will never give up, that's for sure." 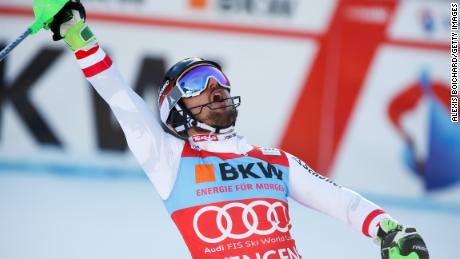 American Lindsey Vonn, second only to Stenmark on the all-time list of winners with 78, was unable to add to her haul in Bad Kleinkirchheim.The 2010 Olympic downhill champion finished ninth in Saturday's super-G and 27th in Sunday's downhill.The 33-year-old missed the beginning of last season after breaking her arm and suffering nerve damage in her hand, and she skis in a brace on her right knee to protect another injury.READ: How to train, eat and sleep like an Olympian 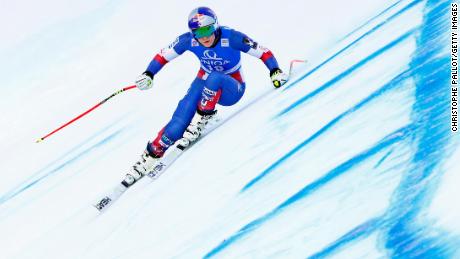 Vonn said after Sunday's race her focus is more on the Olympics next month.She tweeted: "Another tough day and even tougher conditions, but it's not February so I'm not stressed. I've been waiting for these Olympics for 8 years so being healthy is my #1 priority. Next weekend is cortina. Should be a little easier on my knee." Italian Federica Brignone was the surprise winner of the super-G ahead of Swiss Lara Gut, with Austrian Cornelia Huetter in third.Visit CNN.com/skiing for more news, features and videosBrignone also came second in an Italian cleansweep of the downhill, behind Sofia Goggia and ahead of Nadia Fanchini.

Patriots Back in AFC Title Game, Titans Trip Into Offseason