Strains in US-UK intelligence sharing relationship since Donald Trump’s inauguration have been officially acknowledged by the UK’s Intelligence and Security Committee.

The Intelligence and Security Committee (ISC) dedicated two pages of its 116-page annual report to the potential risk of US and UK intelligence relations being compromised by policies floated by Trump during his election campaign.

All of Britain’s security services, including domestic intelligence agency MI5, the Secret Intelligence Service (SIS), also known as MI6, and the Government Communications Headquarters (GCHQ), all expressed their view on the potential threat.

“Certain views that the President has expressed – particularly prior to his election – have the potential, if they were to become official policy, to pose difficulties for the UK–USA intelligence relationship,” the report reads.

The document singles out Trump’s condoning of “torture and cruel, inhuman or degrading treatment” to extract confessions from inmates as one of his stances which would likely compromise intelligence sharing if implemented as policy.

According to the report, MI5 said: “If something happened which caused us fundamentally to revisit our presumption of legality [of the US agencies’ actions], which we have got now, hard won after many years after all the problems we have discussed [on detainee treatment and rendition], then that would be really difficult.”

Soon after Trump’s inauguration as 45th president of the United States back in January, Nigel Inkster, a former assistant chief and director of operations and intelligence at MI6, warned about the risk of the new president’s sanctioning of torture. 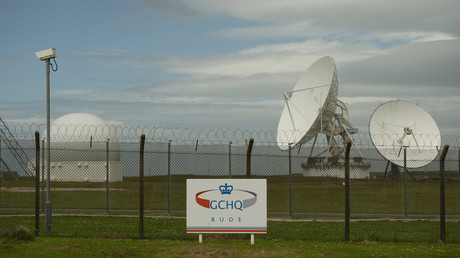 “The UK would not be able to share intelligence with the US if it had good reason to believe that sharing would result in the ill treatment of a detainee,” Inkster told POLITICO.

“The challenge would be either to secure from the recipient state credible assurances that that would not happen or not to pass the intelligence,” said Inkster, now a director at the International Institute for Strategic Studies think tank in London.

Moreover, he claimed the UK could find itself accepting information obtained through means which the government strictly condemns, without necessarily knowing it. “When you get a piece of intelligence it doesn’t come with a headline saying this intelligence was the product of waterboarding. You may well not know where the intelligence has come from,” he said.

Are Heist tights actually worth the hype?